How extensively you can boost your ranking is influenced by various factors evaluated by the algorithm of the respective app store.

One key factor is the number of installs – the more people have installed the app, the higher the algorithm will rank your app.

In this article, we present different app promotion strategies and how you can combine different types of installs in such strategies to make your app rank as highly as possible.

There are different app promotion strategies you can use to increase the quantity of installs for an app. You can buy installs and choose between incentivized and non-incentivized ones, meaning:

Both types have their own advantages and disadvantages.

In general, you can choose between two app promotion strategies when driving incentivized installs for your app. One of them is based on the amount of installs generated in a certain time whereas the other one considers loyalty of your users.

With this app promotion strategy, you can give your application a real push to increase its ranking in a short period of time.

This will lead to a higher ranking, which means more visibility in the charts. If users search for certain apps, the chance that yours will be displayed among the search results will be higher.
As a consequence, you will receive organic installs as well, which is an important factor for your app.

This type of app promotion strategy stays in competition to campaigns based on non-incent installs and consequential costs per loyal user. One main factor influencing this concept is the so-called retention rate. In the chart below, you can see some numbers regarding retention rates of users, so you will better understand this term.

As mentioned before, one advantage is the mass of installs you can receive very fast and the resulting boost of ranking. Another important factor you should keep in mind are the costs you need to spend for each kind of install:
The CPI (= Cost per install) for incentivized installs is way cheaper than an app promotion strategy only based on non-incentivized ones. The downside of incentivized installs is that users might download and install your app only for the reward, resulting in less user engagement, lower lifetime value and smaller retention rates.

According to mobyaffiliates, who refer to a study by Fiksu, 57% of users from non-incent installs converted to “loyal users” in contrast to 24% from incent installs. (It is not stated clearly what a ‘loyal user’ actually is – this set of data might define it as users with a Day3-retention.) 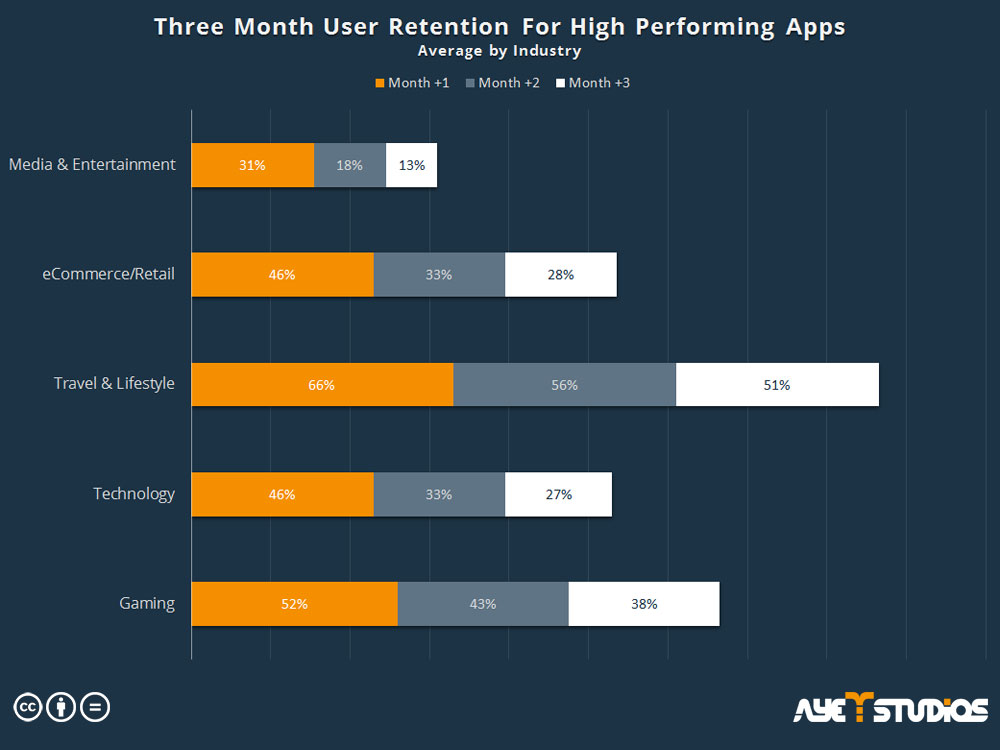 The advantage on one side is the disadvantage on the other: Since users won’t receive a reward for installing your app, you have more costs in order to receive the same amount of installs compared to an incentivized campaign. If you just started your app business, this could take a big chunk of your marketing budget if you mainly base your app promotion strategy on this element.

Additionally, you won’t be able to get huge amounts of installs in a short period of time.

But it’s worth it. Users will interact and use your app because of their true interest, which is a good basis for a loyal user base and a huge advantage for this type of app promotion strategy.

Now the most important question needs to be asked: Which type of install will be suit your app promotion strategy more?

Can you choose a method where you will only deal with the benefits and leave the drawbacks behind? The answer is:
Take advantage of both of them. This mixture of rewarded and non-incent installs will let your app promotion strategy shoot up and your app will climb up the charts.

It seems to be common practice to start app promotion strategies with incentivized installs, which won’t take long to deliver results and leads to a higher top chart position of the app.

The next measure is to receive non-incentivized traffic to increase user engagement and enlarge user retention. In this part of your app promotion strategy, you don’t need big amounts of installs as you probably did before.

Dividing your promotion strategy into these 2 parts will cause your app to rank higher in the charts regarding various key factors.

Why You Need an App Promotion Strategy

It might not seem obvious for some app developers or marketers to implement a certain promotion strategy. There are many advantages when running such promotions.

For example, you can get a vital amount of downloads in a short time frame, where most of the installs arise from other sources:

1) Organic installs due to the ranking in the Play Store
2) Recommendations of users (mostly via a referral system integrated within the app)
3) Media-driven attention, leading to users searching for the brand directly

Is There a Plan C?

Is this the only choice app developers and marketers have when planning an app promotion strategy? Or is there an option available which can bypass disadvantages and give a mixture of the advantages in one bundle?
In fact, there is the option of incentivized installs based on Cost Per Action (CPA). By this, you can persuade many users not only to install your app but also to engage with it at the same time.

It’s killing two birds with one stone  – for little cost. The type of action can be anything realistic that won’t take too much time, otherwise users are not interested in achieving the respective goal:

These are actions users can and will accomplish in order to earn a reward.

There isn’t one formula for the perfect app promotion strategy when buying app installs. Results are still dependent on your app as well as users who are getting in touch with it.

According to the category your app belongs to, your game plan can change in comparison to other apps.

But if yours is developed properly, appeals to your major user base, and fulfils all conditions and functions it offers – then buying installs as your app promotion strategy will create a proper user base and lead to future organic traffic. 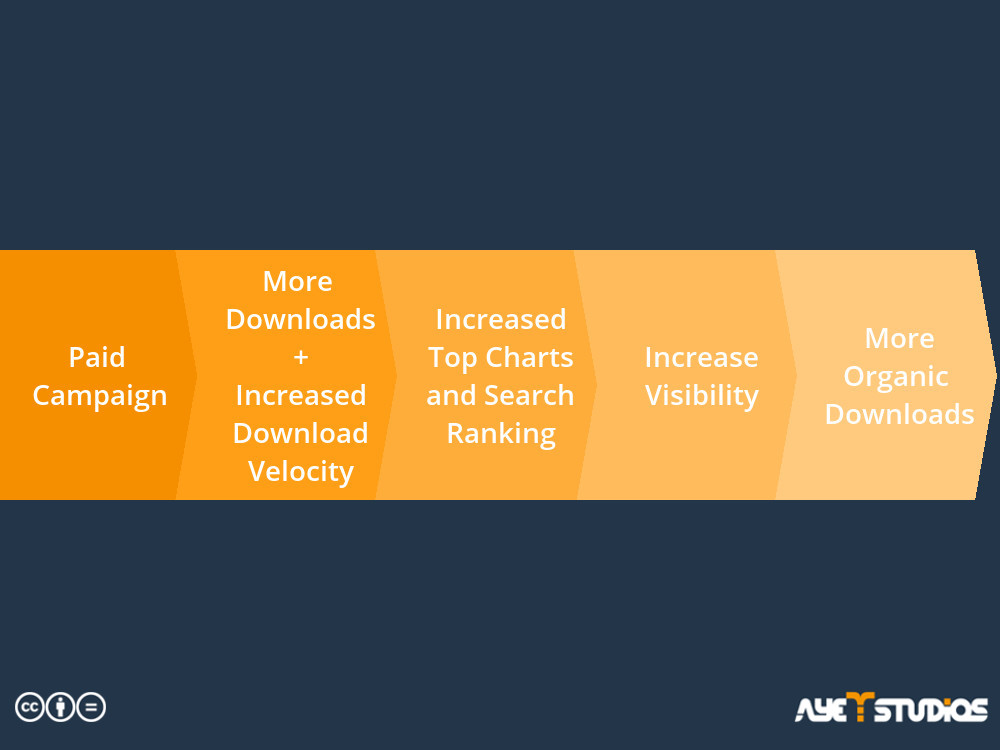 If you are not sure how your app promotion strategy should look like: Don’t worry. There are many mobile marketing companies available that will give advice about possible solutions.

ayeT-Studios is an experienced company in this business and offers a personal customized app promotion strategy to give you the best results, no matter if you have an Android or iOS application.