Whether you’re interested in in-app advertising or want to advertise on a mobile website: you need the right advertising format! In this article, the mobile ad formats available for mobile advertising campaigns and guidelines for their creation are shown and discussed.

First, we want to explain a few formats you can use for incentivized advertising campaigns. Incentivized campaigns are supposed to encourage the users to interact with the displayed ad by offering a reward in return.

An offerwall is a display of advertisements that features other apps and oftentimes can be found within apps. These ads are mainly part of incentivized install or engagement campaigns. With install campaigns, the user gets a reward when he/she downloads the app and completes its installation. When choosing engagement campaigns, the user has to accomplish a specific action inside the app before he/she gets a reward. Possible actions can be the completion of a specific level or the process of setting up a new account for an app. 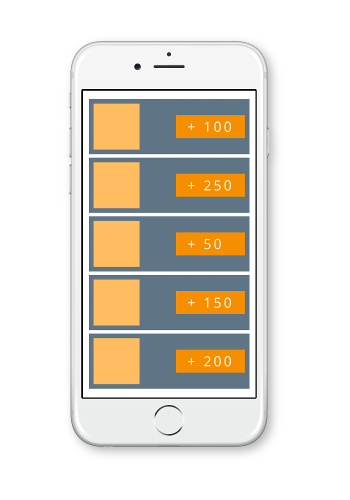 A rewarded video is a modified video ad designed for an in-app environment, offering users rewards such as coins, credits or an extra life or playtime in return for viewing the clip. However, the download itself is not incentivized and users choose to install the app themselves. Therefore, rewarded videos represent a mixture of incentive and non-incentive advertising.

Rewarded Video has quickly become one of the fastest growing ad units in digital marketing because they:

Additionally, rewarded video ads create a win-win situation for developers and users, since they balance monetization and user experience. On one hand, users only have to watch if they want to get a reward; hence it doesn’t distract or disrupt the user experience. On the other hand, app developers still have the possibility to monetize their app with advertisements. 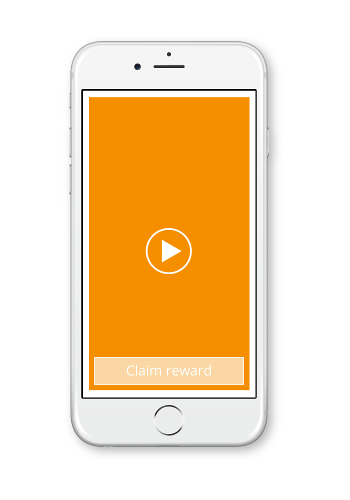 With non-incent mobile ad formats, advertisers can address and catch the attention of users that are truly interested in their product. Since they don’t get a reward for downloading the app, the install is completely by choice and most likely a lasting decision. In the following, we will explain a few formats that fit into this category.

A banner ad is a rectangular graphic ad, either text or image based. It is placed on the side edges of a mobile interface and stays on screen while the user interacts with the app.

Ad servers deliver those banner ads to a certain application or website. If a banner ad is displayed, the user can click on this banner and is then taken to the App Store or a corresponding landing page. Since the format of banner ads is largely accepted, advertisers can easily place their advertisements in apps or on websites and publishers can accept ads from most advertisers. 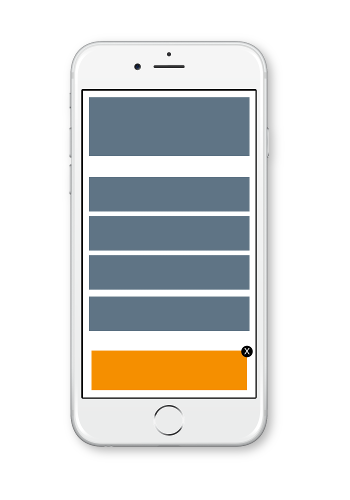 Banner ads are usually paid via cost per impression (CPI), cost per click (CPC) or cost per action (CPA) and mostly aim to promote a brand or to activate or reactivate users. They have been the most popular form of mobile advertising for the last years but now seem to lose some popularity as Native and Video Ads become more popular.

According to the IAB (Interactive Advertising Bureau), advertisers can place interstitial ads before, in between or after the primary content experience. In any case, there should be a natural break, for example when the user is navigating between content. Contrarily, ads that overlay or cover the content a user is looking at interrupt the user experience and aren’t considered interstitial but pop-up ads. 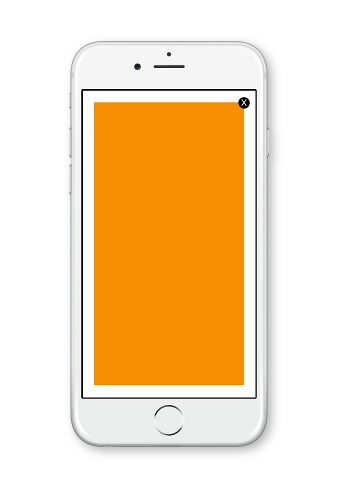 Additionally, the IAB guidelines require a clear close button that is available from the appearance of the ad. This also means that they disapprove of a countdown users have to endure before allowing them to close the ad.

Since all forms of moving images or active content are really popular these days, video ads are a great choice for a mobile ad format. They embody an opportunity to effectively reach a high percentage of mobile users. 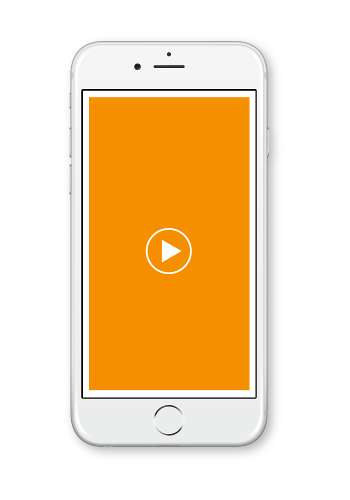 A native advertisement matches its environment in an application or on a website visually and behaves consistently with the native user experience. This way, the advertisement should feel just like natural content to the user and avoids distracting the content experience.

Furthermore, they can appear in many different ways:

The main goal of native ads is to address the target audience to an enjoyable extent without being obtrusive.

The idea of rich media ads is to encourage users to higher interaction and engagement with the ad by combining different features like video or audio. Additionally, users can activate certain effects where the ad expands, floats etc.

For instance, these are all creative types available at Google’s DoubleClick Studio:

You can visit Google’s Rich Media Gallery for more detailed information and real examples for each of these types.

All in all, rich media ads are much more complex than traditional formats like banners. With the help of HTML5 technology, advertisers can layer multiple types of content. Videos, games, tweets and many more formats can be included in just one ad.

Visit our website to learn which dimensions and formats we support for each ad type that we offer.

The Advantages of In-App Advertising