There are various services that can be found for iOS and Android app promotion. The same goes for app promotion sites: You will find plenty of websites talking about mobile apps.

Apps have become widely used in the field of business, communication, entertainment, and other aspects of the virtual community. According to the data released by the eMarketer, most American people spend more of their time digitally compared to other available media.

The same study also manifested that Americans spend more than five hours every day online and more than two hours are spent using mobile devices (either phone or tablet).

These big numbers increase the possibility of users finding your app in the internet once it is promoted efficiently. With the help of app promotion sites, you can be found by your potential users.

Click here to see other promotion services you can use for your app.

With huge amounts of apps in each app category, the possibility that users choose your app seems unclear. You need to have an effective mobile marketing strategy so that you stay ahead of your direct competition.

There are numerous ways available for your mobile marketing strategy to make your app more visible:

However, online user prefers to take a peek at app promotion sites to download the app best suited to their needs. On these websites, they can have a short review of the apps and all the information they need.

If you are not sure how to publish your app’s name on such a website, you can choose from various app promotion services. They will help you get your app listed for an affordable fee.

Check out this article for basic information about your app promotion strategy.

Some of the afore-mentioned types of app promotion sites will be familiar to you. If you are uncertain about each category and its functions, you will find information about them below.

Nowadays, you will find ratings and reviews about nearly every product you can purchase online because customers want to make sure they purchase something that matches their expectations. So, why should this not go for mobile apps, too?

App review sites work the same way: You can put your app on their list and the administrator and his/her team will take a look at your app, its functions, design, and quality of service.

They will then write a genuine review and rating and publish it on their app promotion site. Like this, people get to know in advance what they can expect from your mobile app.

Some app review sites only deal with apps of one operating system (mostly iOS or Android), so you will get the right audience for potential users straight away. But this doesn’t mean that these app promotion sites are not appropriate for your app promotion.

For example, websites like Pocket Gamer and PreApps offer their promotion service for more than one OS.

Mobile users mostly look for new apps from a certain category, especially gaming apps are pretty popular and attractive for new users. This is why some app review sites list apps from specific categories.

Your app review will be published along with reviews of direct competitors. However, the amount of apps on this app promotion site will be smaller, and chances of your app being downloaded by potential users is higher. 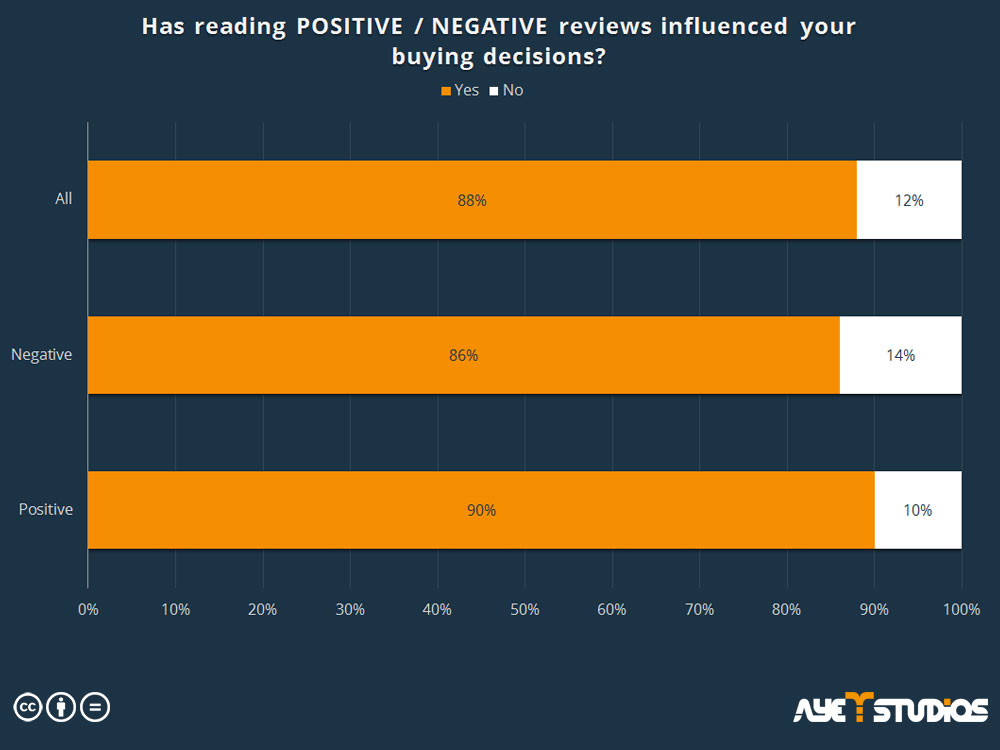 Reviews having a great impact on customers’ opinions © ayeT-Studios

With a press release, you can contact journalists, editors, but also bloggers and other influencers of app promotion sites and inform them about your app.

It is hard work to make them talk about your app since they receive press releases every day. If yours doesn’t stick out they will not wast any words on it.

Writing a press release is a balancing act: You want to give all the important information about your app but at the same time you need to keep it short and concise.

In the following, some basic information about this type of text are elucidated.

The longer the text, the more likely it is that its recipient loses interest in reading it.

It already starts at the beginning of your text, with a great title and the first few sentences about your app. One page should be enough to cover all the relevant app information.

It is also necessary to talk about your company in a press release. Mentioning it at the end is enough because your app is the focus. If your company already developed well-known apps or has won an award, you should let your addressees know about it.

Press releases should have a readable structure so your readers won’t be overwhelmed at first glance. Make sure to use paragraphs as well as a font pleasing to the eye.

You can structure your press release according to certain aspects, e.g. description, main app functions, OS requirements, availability, etc. On Apptamin, you will find a graphic example of the structure of a press release.

This is the trickiest part of the text. On one hand, your press release needs to have an advertising touch because you want publicity on app promotion sites. You want to show why your addressees should announce your app to their audience.

On the other hand, journalists expect to read news, meaning an objective article with a neutral style providing data, information, etc.

Combining both styles and finding the best words can be difficult, especially for newbies. Ad agencies that cooperate with app promotion sites will be glad to offer you help in this situation, creating a great press release for your app.

3. Websites and Communities for Startups

There are millions of websites on the internet for each and every topic. Did you create your very first app? Your company is not well-known yet? Then you can take advantage of app promotion sites that are only available for startup companies.

Let your company and/or your product get listed in these communities and publish information among like-minded people.

It’s a great chance to become visible and push past big brands or app developers that are already known among users, their apps staying in the top part of the charts. People who are interested in new products might find your app interesting – whether as potential users or as business partners/investors.

You might also communicate with or get help from other startup companies. Exchanging experiences and information is a great feature of such websites where people with the same vision can create a great community.

For example: Startup Grind is a platform where you can connect with startups from all around the world, and it cooperates with Google for Entrepreneurs. 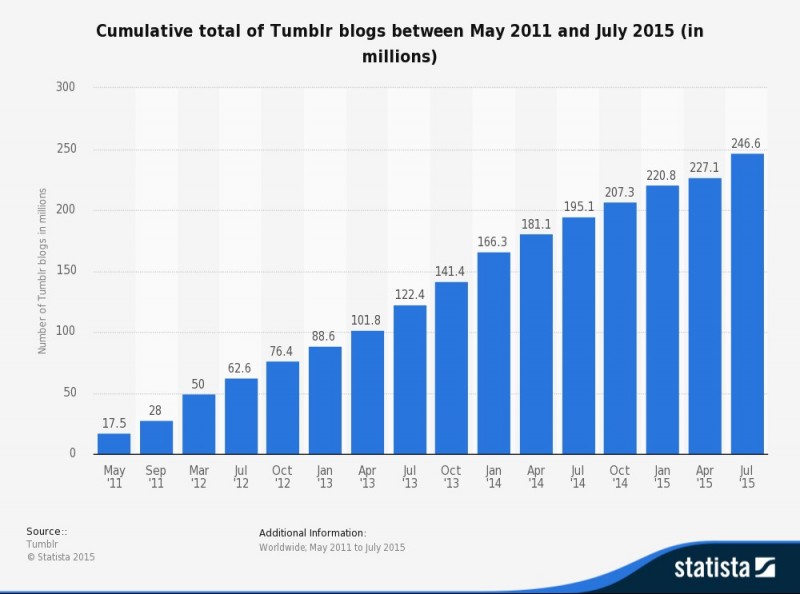 In 4 years, the number of Tumblr blogs increased above tenfold © Statista

Since the digital world has become number one among all media types, you will find that a lot of people have a website or a blog to post interesting things. Now, you might ask yourself “Why does a blog count as app promotion site?”

Blogs are one phenomenon arising from the digital era, having a huge followership if people are interested in the content that is covered in the blog. If you can have your app mentioned in there, readers will probably be interested in it and will take a look at it, hence the awareness of your app will increase.

The same goes for websites dealing only with specific topics – in your case e.g. mobile apps, smartphones, and the like. These app promotion sites are not only created by private persons but also by companies or organizations publishing articles on a blog regularly.

The Apps World Blog deals with various aspects and news of its industry, while the same-titled Apps World is a global event about the app industry.

This special type of app promotion site came up in the last few years and is becoming more and more popular. Influencers are active on social media and have a pretty big followership.

This means they have a huge audience for promotion purposes. It’s an attractive way of app promotion you should consider.

Thousands of influencers are possible candidates for talking about apps or mobile in general. But how to pick the right one? Instead of rifling through the great world of social media, there are websites looking for the best influencers of your product. Buzzsumo.com is one of such app promotion sites, offering several search tools for content research and influencers.

Social media in general is a great way of spreading the news about your (new) app. In this article, you will find more information abour social media promotion.

Consumers trust influencers more than the brand itself © Adweek

How to Approach App Promotion Sites

When searching for app promotion sites you will find a lot of websites offering this service as well as a great number of influencers, blogs, and other website where you can place your app’s name.

Our tip: Don’t rush into app promotion without having drawn up a marketing plan beforehand, including the budget you can spend and types of app promotion you want to benefit from. Otherwise you might get lost.

If you are unsure about how to promote your app the right way, you can expect help from ad networks and agencies that offer this service. They are connected with app promotion sites and create personalized promotion campaigns to boost your app the best way.

For Free or Not For Free

Most of these websites are free of charge and don’t ask you to draw a single penny for the app promotion site.

Regarding app review sites and communities, all you have to do is register with data about your company and your app. This can be a great advantage, especially for those who are on a tight budget. For journalists, bloggers, and influencers, you need to contact and convince them of talking about your app.

However, it is still good to spend money for your app promotion, so you can effectively see better results, faster app optimization, and more app downloads. Some app promotion sites may require you to spend money but this implicates more visibility or a better ranking of your article.

Where Can I Advertise My Apps for Better Promotional Solution?

Advertising networks and promotion agencies provide you with a specialized service, while taking a clear focus on your personal app promotion plan. They offer an effective promotional solution for your developed apps.

ayeT-Studios is an ad agency that offers various app promotion services and is specialized in mobile ad solutions for both Android and iOS.

Which App Promotion Services Can Boost Your App?